David Beckham whisks wife Victoria off her feet and into his arms while showing off his taut abs in an open shirt as the couple continues their lavish family holiday on a superyacht on the French Riviera.

David Beckham whipped his shirt open to show off his taut abs and carried his wife Victoria in his arms as the couple continued their lavish family holiday in France on Saturday.

The former footballer, 47, and fashion designer Victoria, 48, were seen looking very cozy as they visited Swiss biotech billionaire Ernesto Bertarelli, 56, for lunch in St Tropez on the French Riviera.

Sportsman David wore a grey shirt unbuttoned and open, standing with his hands on his hips to reveal his fit physique and the abundant body art on his chest, before literally sweeping former Spice Girl Victoria off her feet as they departed their boat and stepped on shore.

He wore a pair of cream trousers with a beige belt and shielded his eyes from the bright sunlight behind a pair of sunglasses.

The president and co-owner of Inter Miami CF sported a neatly trimmed salt and pepper beard while he wore his hair in a cool messy style. David Beckham whisks wife Victoria

David sported a healthy tan while standing alongside former Spice Girl Victoria as he and their family and pals headed to shore from their superyacht, which costs a huge £1.6m a week to charter.

The ex pop star wore her brunette hair up in a messy top knot and opted for a pair of dark sunglasses while enjoying her afternoon in the South of France. David Beckham whisks wife Victoria

David was seen smiling as he lifted Victoria off the boat which brought them ashore from their yacht where they have been holidaying around the Mediterranean in recent weeks with friends and family. 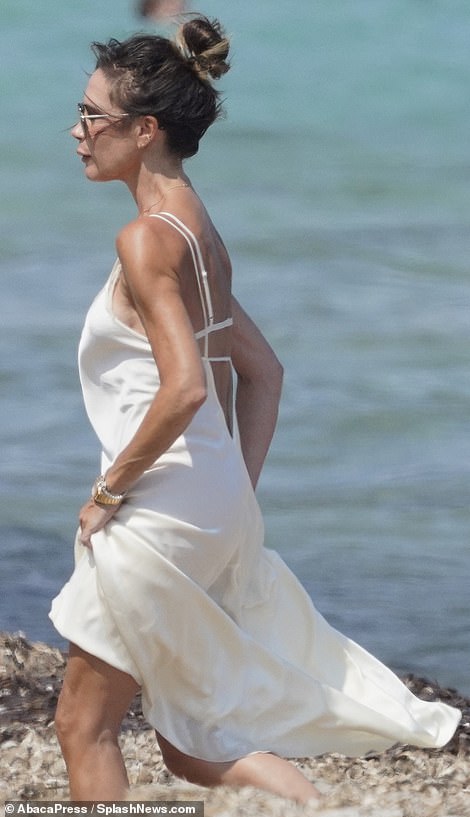 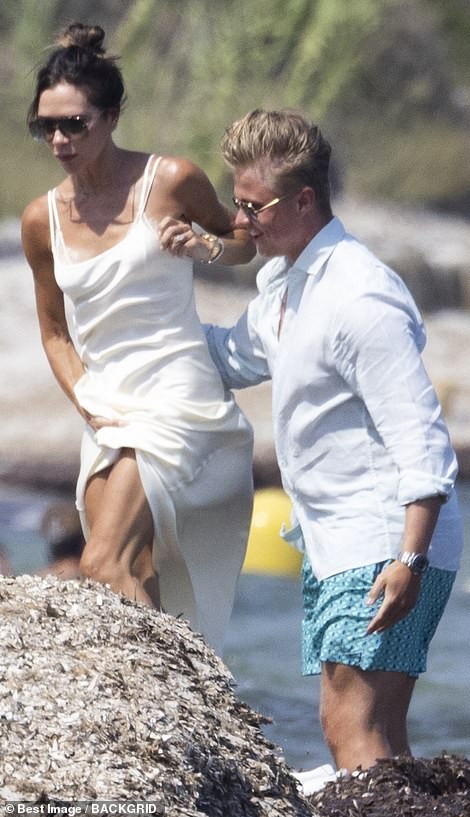 The Beckhams welcomed Cruz’s new girlfriend Tana Holding on their trip with the pair dining with the rest of the family at the restaurant Chez Loulou in Ramatuelle near St Tropez on Friday.

After being spotted together last month, Cruz is said to be ‘smitten’ with Tana, who keeps a low profile out of the public eye.

Last month, the pair were seen enjoying a night out in London pub Alice House in Queen’s Park, after reportedly meeting earlier this year.